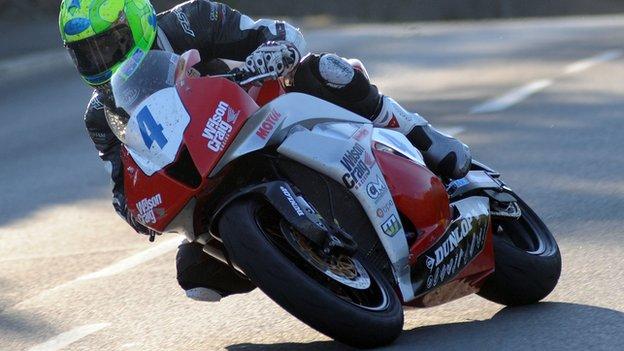 The Australian claimed both his TT wins in 2008 and narrowly missed out on adding to his tally this year.

He said: "We'll give it a really good go this year and I'm confident that we've got as good a chance as anyone around the Mountain Course."

He finished one second down on Bruce Anstey in this year's Supersport race.

Donald added: "This is now my third year with the team and we've gone really close at the Isle of Man in both 2011 and 2012. I've got a lot of history with Wilson and he has supported me for a large part of my career".

Wilson Craig has supported teams at the TT since 2005 and backed Uel Duncan's team in 2006, which saw Donald achieve a memorable runner-up place in that year's Senior Race.

He said: "We were really close to the top step in 2012 and I'm sure with another year under our belts and the experience that the team gained last year, we will be a match for anyone. With only one rider for next year we'll be looking to focus all our efforts in doing the best for Cameron."