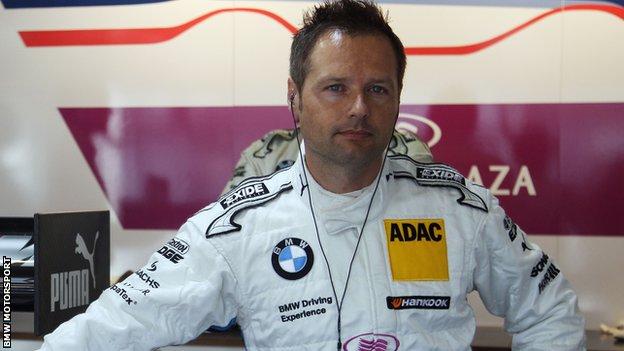 Andy Priaulx scored points for just the third time this season as he finished eighth in the DTM race at Valencia.

The former triple World Touring Car had started in sixth place on the grid after his best ever qualifying session on Saturday.

"I am very happy with that, it has been a solid weekend from sixth in qualifying and I had a good pace," BMW driver Priaulx said.

"I am really comfortable where I am and where I'm going."

Priaulx is 14th in the overall standings for this year's DTM championship after picking up four points.

"It was a very dramatic race and I was in the middle of some pretty intense action near the end," the 39-year-old said.

"I had a fairly good start, but had some contact in the first corner and was pushed wide.

"Luckily I managed to keep going, and then picked up the rhythm.

"Halfway through the race I picked up some damage and it was obvious in the final stint I was struggling.

"It was mainly down to a balance issue, but I was determined to fight right until the end."