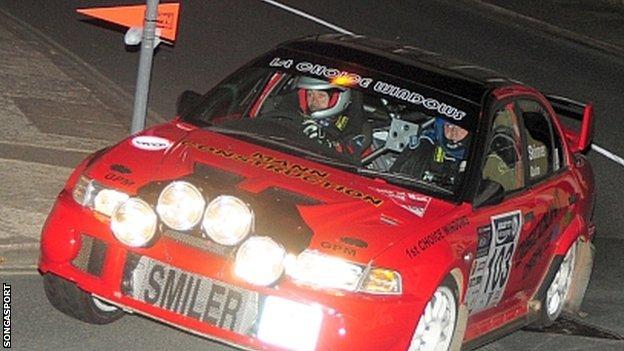 Manx driver Steve Quine and co-driver Richard Skinner have won the Duke Rally in the Isle of Man.

The pair drove their Mitsubishi Lancer Evolution VI to a 46-second victory over Nigel and Michaela Cannell.

Cannell had led the rally but lost more than two minutes on the final stage after mechanical problems with his Mitsubishi Evo III.

In total, 75 crews took part in this year's three-day rally which was held over 26 stages.

Rally Isle of Man's Chris Boyde said: "It's been great to put the event firmly back on the map with some fantastic racing.

"It couldn't have been much closer."

The event was not held last year due to a number of reasons including low entries, a dispute with the government over when it should be held and being dropped from the British and Historic rally championships.