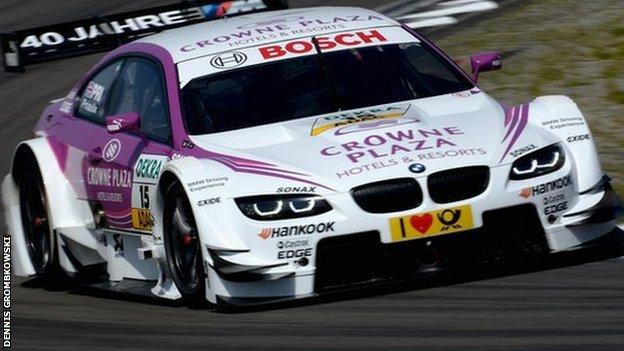 Guernsey's Andy Priaulx had another race to forget in his first season in DTM racing after being forced to retire early from round eight at Oschersleben.

The BMW driver, who qualified 12th, made up five places at the start but was forced off at the first corner.

The damage meant he could not go on and he retired a dozen laps later.

"The car just wasn't quick enough and I was a sitting duck, it was such a shame as I was up for a big race," Priaulx said after the accident.

"It is annoying as up to then the pace of the car had been good," added the triple world touring car champion.

Priaulx's previous two races at Zandvoort and the Nurburgring have ended early after accidents.

"The only luck I have had this year seems to be bad luck," he added.

"But I refuse to give up as the car felt so much better this weekend and I'm determined to keep going forward for the next couple of races."

Priaulx's teammate Bruno Spengler won his third race of the year and is second in the standings, 11 points off Mercedes' Gary Paffett.

Priaulx is 13th in the standings, having scored points just twice so far.