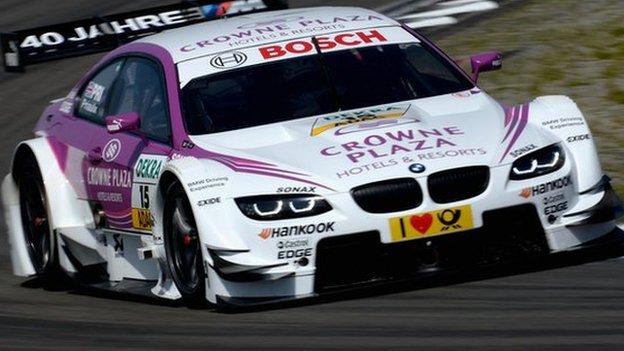 Guernsey driver Andy Priaulx finished 13th in Zandvoort in round seven of the DTM Championship.

The three-time World Touring Car champion was hit from behind during an eventful first lap.

"I had to carry this damage for the entire race, despite the BMW Team RBM boys trying to tape it up at the pit stops," said Priaulx.

"I drove my heart out and felt we could have had some points today, but in the end there was nothing I could do."

The race was won by Edoardo Mortara, with fellow Audi drivers Mike Rockenfeller and Mattias Ekstrom second and third. The best-placed BMW M3 DTM driver was Bruno Spengler in sixth.

It leaves Priaulx in 12th place in the standings going into the last three races.