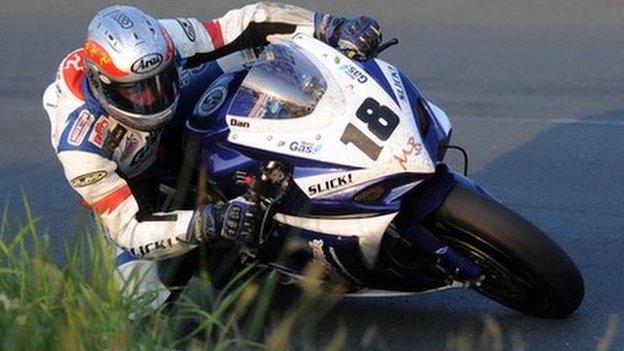 The 24-year-old will ride for the Marks Bloom Racing team for a fourth year and will receive further help from the TAS Racing team.

"Having new machinery is a proper boost and we should be able to raise our game considerably," he said.

He continued: "It's great to have everything all in place so early and I can't wait for the new season to start."

Kneen will campaign both GSXR1000 and GSXR600 Suzuki machines during the season and will receive technical support from TAS Racing as he bids for glory on both the short circuits and the roads.

"I've ridden Suzukis before and it has gone well and receiving technical support from the TAS Racing team will only strengthen our cause," he said.

Since becoming the first rider to win a hat-trick at the Manx Grand Prix, which he achieved in 2008, Kneen's credentials have gone from strength to strength.

On the roads the Braddan rider has become a regular fixture in the top 10 at the Isle of Man TT with a best result to date of fifth in the 2010 Supersport A race, as well as doing similar at the North West 200 and Ulster GP, becoming the fastest newcomer in history at the latter when he lapped at over 129mph in 2010.