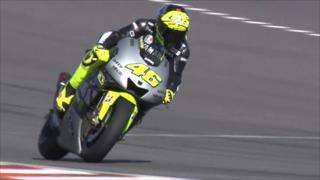 Yamaha's Jorge Lorenzo and team-mate Valentino Rossi reveal they are concerned about the pace of their rivals Honda, after the first of a three-day pre-season test at the Circuit of the Americas in Texas,

MotoGP rookie Marc Marquez was fastest on day one, ahead of his Repsol Honda team-mate Dani Pedrosa, while the likes of Ducati and the Tech 3 Yamaha team, which includes British riders Cal Crutchlow and Bradley Smith, are not attending the test.

Stokes among wickets on England return

The former Ajax keeper who struck back at racist abusers

'Maybe it is a myth' Ronaldo won't press