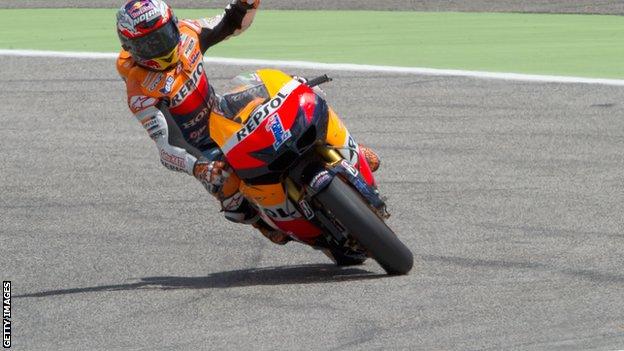 Stoner, 26, has missed the last three races after

He said on his blog: "It's been another quiet week here in Australia. I've been resting, having some physio and following doctor's orders to recover.

"The good news is that I feel I can race in Motegi and will be rejoining my team next week. I can't wait."

Stoner was for the last two races. Rea, who usually competes in the World Superbike Championship, was eighth at Misano and finished seventh at Aragon.

Stoner has always hoped to return to action before his home race in Australia on 28 October, his last race at Phillip Island before he retires at the end of the season.

But he has no chance of retaining his title. He is now 104 points behind championship leader Jorge Lorenzo with a maximum 100 points on offer.

However, the double world champion, who also won the crown in 2007, could help Repsol Honda team-mate Dani Pedrosa win a first title.