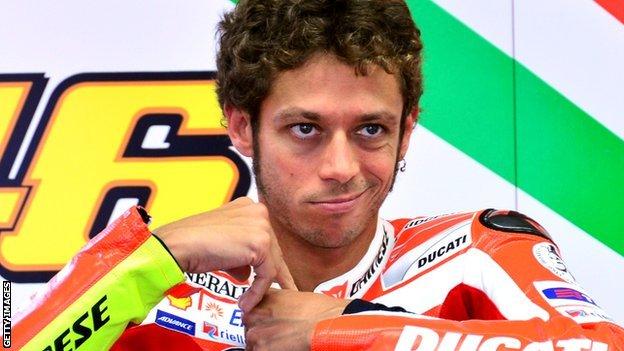 MotoGP teams will carry out testing at Mugello on Monday - a day after the Italian GP takes place at the track.

Honda riders Dani Pedrosa and Casey Stoner will test a new engine in the hope it helps them catch championship leader Jorge Lorenzo.

Lorenzo will also be seeing how new parts fare on his Yamaha.

Valentino Rossi will be testing a new engine for Ducati in the hope it will improve his fortune after his struggles during the first half of the season.

The MotoGP season will head to the United States for two races after the Italian GP before returning to Europe.