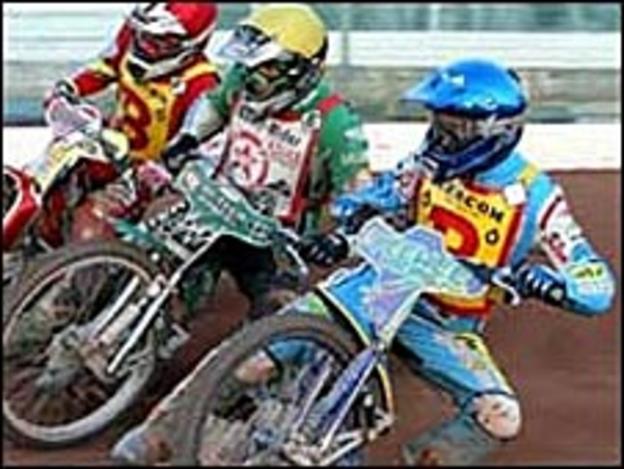 Adam Roynon has pledged to see out the National League season with the Dudley Heathens despite an incident-packed comeback from injury.

The 22-year-old from Barrow-in-Furness missed three months of the season after suffering a broken thigh.

Roynon has suffered a number of crashes since returning to the Heathens but has denied his season is over.

"I'm determined to get over these knocks I've taken since I returned and want to play my part," he said.

"I just feel battered and bruised but the leg has healed up well and I just want to be back on a bike winning races for the Heathens again - we've got a lot of important meetings coming up."

Play-off chasing Dudley face a weekend double-header at Stoke and Scunthorpe, followed by a home meeting with Belle Vue at Wolverhampton next Tuesday.