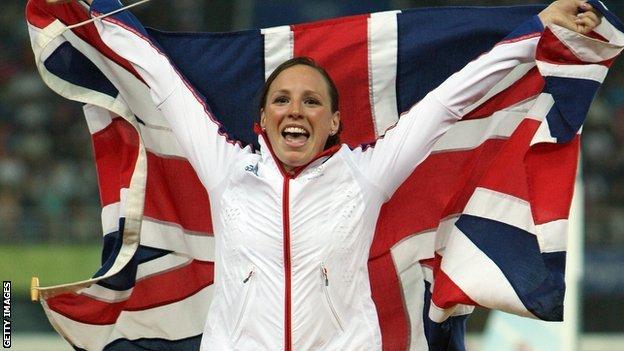 To the outside world, international athletes live the dream.

They get to do what they love professionally, day-in day-out - and gratefully receive all the accolades, glory and silverwear.

During my 10-year modern pentathlon career, which ended last year, I claimed 11 major medals - including silver at the 2008 Olympics.

But what happens when it's all over for us?

"For 10 years of my life I had done my dream job, then that was just taken away," said retired double scull rower and Olympic medallist Stephen Rowbotham, 32.

"On the last stroke of the London Olympics someone turns around to you and says 'so what are you doing now'?"

Some may think retired athletes, like myself, have no right to complain about having to adjust to a 'normal life'.

In Rowbotham's case, he retired after London 2012 in a financially stable position, and had the memories of two Olympic games, including a bronze medal at Beijing 2008,.

But many sportspeople have focused their whole lives on one goal and fail to make plans for a life beyond the track.

"In sport, you're in control of your own destiny, but it's not reality," continued Rowbotham.

"Ninety-nine point nine percent of the population don't get to mess around with their mates all day on the water, train really hard and eat 6,000 calories.

"When you retire, you don't walk into a job. You walk into a room and go from Steve Rowbotham, Olympic medallist, to people not knowing your name and not really caring."

And he's not the only one who found it difficult to adjust to their new life.

In September last year, a survey conducted by the Professional Players Federation found that almost a quarter of ex-professional sportsmen have fought health, addiction or financial problems as they tried to develop second careers post-retirement.

The survey also found that 16% of the 1,200 ex-footballers, rugby union and league players, jockeys and cricketers interviewed experienced depression or "feelings of despair".

Yet when in a full-time training environment, coaches encourage athletes to completely immerse themselves in sport, where planning for a life afterwards may be seen as a lack of self-belief.

To counteract this, many Olympic sports allow athletes to combine training with studying for a degree while still at junior level.

But in sports such as rugby and football, players come straight from school into a full-time environment without a chance of further study.

One of the first to come through this process when rugby union turned professional in 1995 was Lewis Moody.

For Moody, he was able to do what he loved for 17 years - and his achievements included winning the World Cup with England in 2003 - until injury forced his career to end two years ago at the age of 33.

"I spent a year convincing myself I didn't miss playing," said the former Leicester and Bath flanker.

"I filled my time with my family and going on holiday, but then you come back and watch a game on TV and you suddenly realise you're shouting and getting very grumpy.

"It was hard to wake up to the realisation you wouldn't have a set routine. It was so structured and then all of a sudden it was like having a guillotine cut off part of your body. The next day you wake up and go 'what happens now?'.

"I craved competition, I missed the camaraderie between the players and most of all I missed the structure. I didn't realise until a long time after that I was in denial, it was like a mourning process."

Moody ventured straight into various business interests, as well as media and charity work. But a career after sport proved more difficult for Rowbotham, who received little support.

"Rowing, as a governing body, didn't push it and, to some extent, didn't care," he said.

"They just wanted to know if you were going to retire so they can plan for the next four years.

"I'm sure it's the same in most sports - once you've been spat out the system they will move onto the next person.

"We had to do it [confirm retirement] by email. They couldn't even pick up the phone to say 'thanks for giving 10 years of your life'."

Rowbotham's experience is shared by former England rugby union international Brian Moore, who missed the sport so much he came back out of retirement to play again.

But even though Moore was already working as a lawyer while playing professional rugby, he still felt a huge loss of identity when he gave up his sport.

"You have had the extraordinary and now have to realise that you will never have that again," he said. "I was terrified of having no life beyond playing rugby."

His marriage broke down, he switched law firms and decided to live it up. It was not until he ended up in rehab six years later that he realised this had all stemmed from the loss of his life as a sportsman.

It's been an entirely different, and more positive, transition period for Moody, who was aided by the knowledge his career ended through circumstances out of his control.

"The guys out there are far younger and fitter than me and I'm enjoying the space I'm living in."

It's been two months since I retired from professional sport.

I am surprised at how difficult I have found the transition process and from my meetings with Moody, Rowbotham and Moore, I have been shocked at how many athletes do find the change challenging.

I feel there is still a lot to be done in supporting athletes who are facing retirement, especially with the psychological aspect of quitting professional sport.

I am lucky that I have a strong network around me and plenty of previously retired athletes to seek advice from. It's almost reassuring to hear I am not alone.