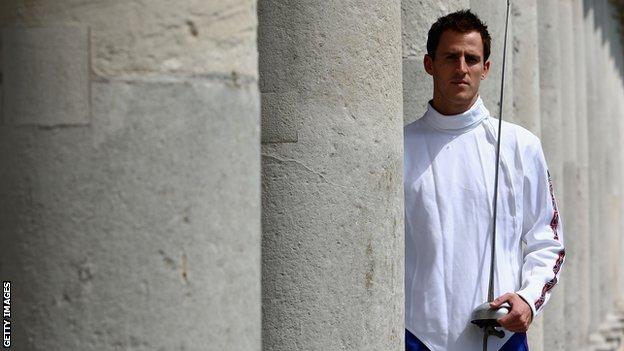 The 27-year-old became the first British man to win an individual medal at the World Championships for 20 years at August's event in Chinese Taipei.

The two-time Olympian finished the year 15th in the world senior rankings.

Joe Evans, 20, who won bronze in his first Modern Pentathlon World Cup event in February, collected the newcomer of the year award.

He went on to finish seventh at the World Cup final, helped the British team to relay bronze at the European Junior Championships and is second in the world junior rankings.

Jamie Cooke, who claimed a world record in shooting on the way to winning World Cup gold for the first time in Budapest in May, and Kate French, who helped Great Britain clinch to team gold at both the World and European Championships, were both recognised for outstanding performances.