Munhoz' leg kicks took their toll as Johns was visibly limping. The Welshman was then dropped by a kick to the body. 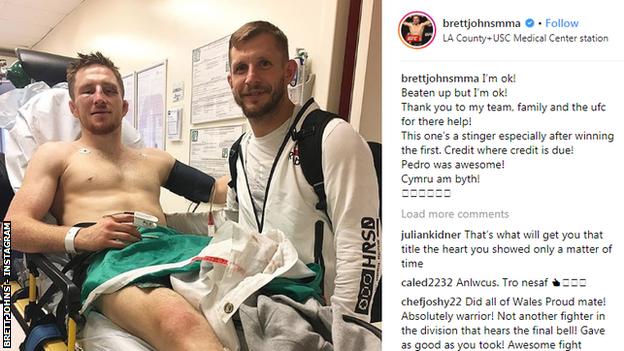 Johns showed immense bravery to finish the fight but has now suffered two defeats in a row after losing his last bout against Aljamain Sterling in April.

Johns posted a picture of himself on social media receiving treatment after the fight: "Beaten up but I'm ok!

"Thank you to my team, family and the UFC for their help!

This one's a stinger especially after winning the first. Credit where credit is due! Pedro was awesome!