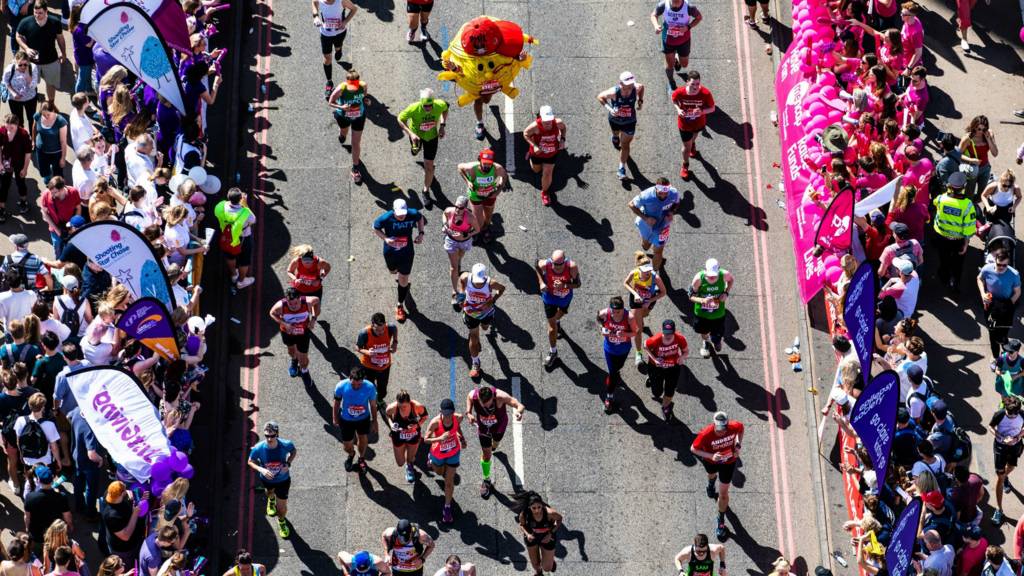 Britain's Mo Farah finishes third at the London Marathon in a new British record as Kenyan Eliud Kipchoge wins for a third time.

Why we love the London Marathon

BBC Get Inspired takes you through some of the most iconic moments from the London Marathon as the capital prepares for the 38th edition.

The firefighters running the marathon for Grenfell

Firefighters Justin O'Beirne and Tom Abell explain how the Paddington & Kensington fire services are running this year's London Marathon to raise money for children affected by the tragedy.