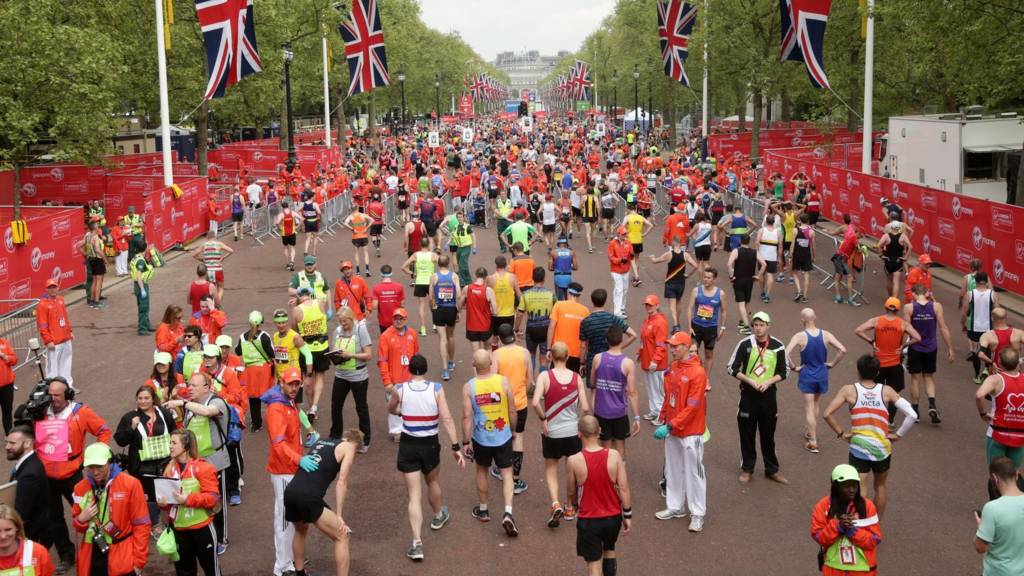 Running for a reason: Inspirational stories from the London Marathon

Meet seven inspiring people from the thousands who ran this year's London Marathon.

More than 40,000 runners take part in this year's gruelling 26.2-mile run, which was given a royal send-off.

Beating the bullies - Fran's long road to the start line

Fran Balon is registered severely sight impaired but did that didn't stop her from running the London Marathon, for Guide Dogs for the Blind.

Watch yourself complete the London Marathon

How to get into running

How to get into running - the simplest, purest form of exercise there is, and the building block for most other sports

After competing at the London 2012 Olympics for Somalia in the 400m, Zamzam Mohamed Farah received death threats and fled her homeland in fear - but after rebuilding her life in the UK, she's ready to take on the London Marathon.

A chance to show London is united

BBC Sport remembers the victims of the Westminster Bridge terrorist attack ahead of the marathon.

How does busy mum Jo Pavey train? It's a family affair!

Five-time Olympian Jo Pavey explains how she juggles training with a busy family life - by bringing the whole family with her.

Think you can’t run? Surprise yourself

Just because you don't run doesn't mean you can't - try the Couch to 5K Challenge, designed for people who have done little or no running.

How to get into mass participation running events

Let the Cardiff Half Marathon and Great Scottish Run inspire you to join the fun with events for all abilities - find the one for you.