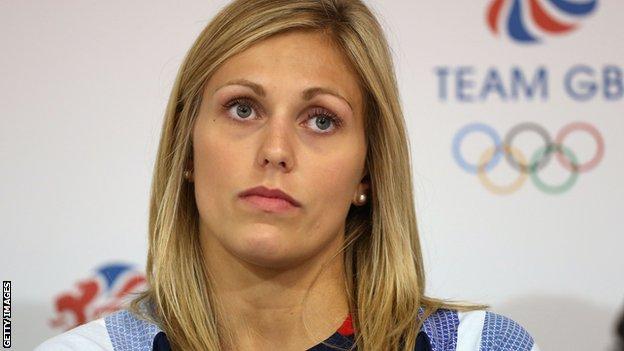 The Briton had recovered from injury to win bronze at the Moscow Grand Slam, but could not progress to the medal fights of the -78kg competition in Rio.

After beating Anar Seitimova of Kazakstan, Gibbons lost to Ukrainian Viktoriia Turks by an ippon hold down.

Gibbons said: "I am gutted with today - I could have been world champion, but I am not.

"I just got caught by Turks and it ended my championships. I wish I could restart the day, but that's not how judo works.

"Now my focus is on the next Grand Prix in Croatia and the Grand Slam events coming up."

"Obviously it's not the result that was expected and it is disappointing but this is judo. Gemma is not the only big name to make an early exit today - European champions Lucie Louette and Abigel Joo both lost their opening contests which shows how unpredictable the sport can be.

"Her year has been plagued with injury and she has only had two competitions since London 2012, but her final preparation has gone really well.

"We will look at the performance and put it right for the Croatia Grand Prix in a couple of weeks."

Edinburgh fighter Sally Conway, meanwhile, was forced to withdraw from the -70kg competition because of a hip injury.

Sarah Adlington (+78kg) and Philip Awiti-Alcaraz (-100kg) will compete for Great Britain in the heavyweight categories on Saturday.