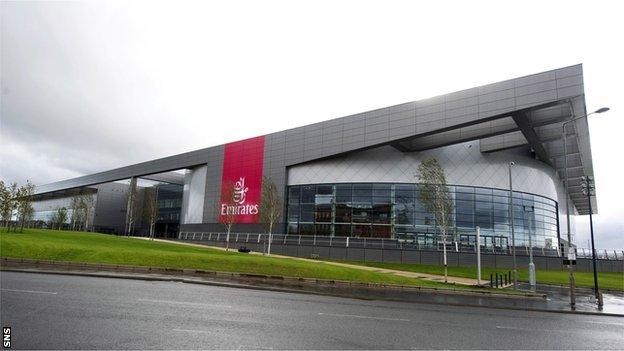 It represents the first time the championship has been held in Britain for 20 years.

The arena will also host the judo competition at the 2014 Commonwealth Games.

"We are confident this event will provide a showcase for European judo to the world," said British Judo chairman Kerrith Brown.

Hosting the championships has the potential to create a judo legacy for Great Britain on a par with London 2012 and the 2014 Commonwealth Games, he added.

"Judo is going from strength to strength, with JudoScotland continuing to grow its membership and the National Training Centre at Ratho supporting more athletes and development programmes," she added.

"The European Judo Championships now join other major championships, such as world gymnastics and orienteering events, coming to Scotland after next year's Commonwealth Games and the Ryder Cup."

The venue is also scheduled to host the World Street Dance Championships and European Cheerleading Championships.