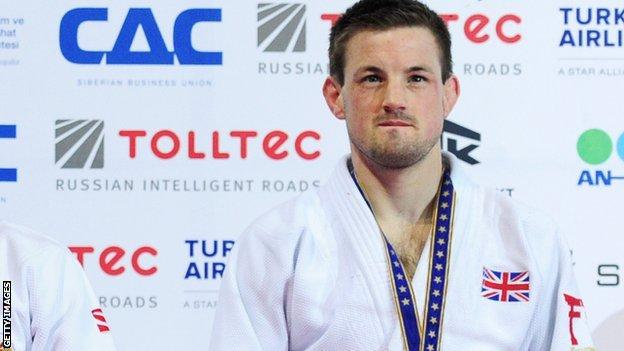 The 28-year-old, who is expected to represent Britain in the under-66kg category in London 2012, finished fifth in the Paris Grand Slam at the weekend.

He told BBC Radio Norfolk: "In the past year, I've had some nice consistent results. The only disappointing thing is that I haven't won more medals.

"Hopefully I can get on a rostrum before the Games."

Oates was happy with his performance in France, but admitted his frustration at falling just short.

"It was a good day. I had three wins and one loss. I fought really well, which is pleasing," he said. "It's a bit disappointing as I had the chance to reach the semis, which would have given me a guaranteed bronze and a shot at the final.

"I had a little bit of a nearly moment as I did in France last year when I finished fifth."

The Diss man is hoping to be a top seed at the Games, and his hopes of gaining the one automatic spot for Britain in his weight category was boosted following the retirement of Craig Fallon last week.

Last month, his coach Jean-Paul Bell tipped him to challenge for a medal in London.

"If he continues to progress in the next six or seven months, of course [he can win a medal]," the British Judo Performance Institute coach said.

"I'd be looking for him to get to the final block - that's where you fight for medals. He can beat anyone in the world."