Stars' 3-2 win was made all the more surprising considering that, even with those points, they sit fourth bottom of the table.

For Clan, the 5-2 Hogmanay success - their third in four meetings with Flyers - in front of a sell-out crowd came after they suffered defeats in their last two games.

For Flyers, their recent inconsistency continued with a disappointing performance in Glasgow.

Clan's win made it two out of two against Flyers in the league this season and Clan coach Pete Russell said: "It's pretty cool to get that sort of win in front of that crowd and that's why I came here.

"I know Fife were short with players, but after the start, I thought we were fantastic. We competed at a high level. Plus Shane Owen for Fife made some unreal saves, but it shows how far we've come."

Russell was delighted at the way his side bounced back after losing a healthy lead in a 5-4 defeat in Belfast on Saturday.

Craig Peacock, Gerard Hanson and Matt Stanisz put the Clan three up, but Giants began to turn the tide when David Rutherford and Dustin Johner hit back.

The same two players netted one each and Darcy Murphy also scored as the home side opened a two-goal lead before Michal Gutwald pulled one back for Glasgow late on.

Back home against Flyers, Marcus Basara got the visitors' early strike, but Clan found their groove as Gerard Hanson, Scott Pitt, Vaclav Stupka, Matt Beca and Brendan Connolly turned it into a 5-1 home lead.

Brett Bulmer got Flyers' second, but the game had gone from them at that point and Clan now sit three points and three places behind fourth-top Fife with a game in hand.

Stars have been struggling to put a run of results together, but the Dundee side showed they can turn it on as they won in Belfast.

Omar Pacha's side came from two goals down to claim maximum points at the league leaders to help their own play-off hopes.

Giants got the perfect start when Johner and Murphy had them two up in the opening nine minutes.

Charles Corcoran pulled one back for Stars not long after and, by the end of the first period, Dundee were level through Brian Hart.

Fife Flyers' Carlo Finucci was suspended for their last two games, so he found other ways to spend his time, with a little help from Rangers midfielder Scott Arfield... 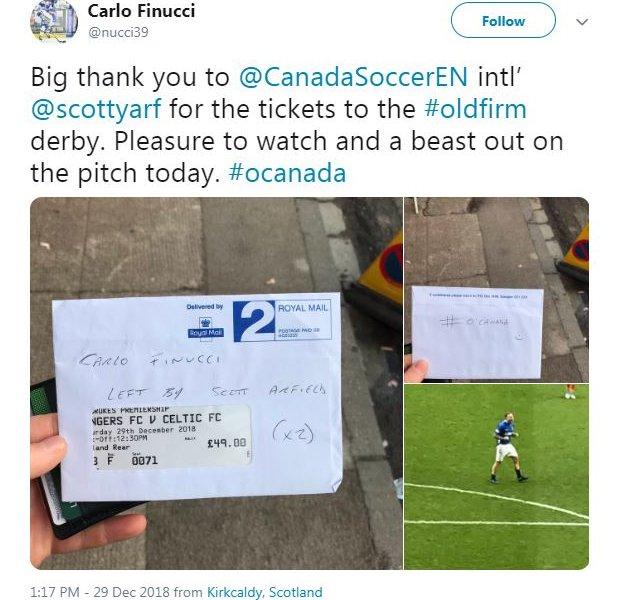