An ice hockey game spanning two days, lasting more than six hours, with five periods of overtime and almost 150 shots, finally finished in the early hours of Thursday morning to earn a place in the record books.

Alex Krushelnyski scored the winner at 1.09am, as the Lehigh Valley Phantoms beat the Charlotte Checkers 2-1, to end the longest game in the 82-year history of the American Hockey League.

The Atlantic Division Final play-off game was locked at 1-1 after the regulation three periods, which meant additional periods of overtime, each lasting 20 minutes, until the winning goal was scored.

Phantoms goalie Alex Lyon made an astonishing 94 saves from 95 shots, including 79 consecutive stops over the final 119 minutes 56 seconds of the game.

The teams have just two days off before they go again in their quest to win the Calder Cup. They meet in Charlotte on Saturday, with Lehigh leading the best-of-seven series 3-1.

The AHL is a minor league that serves as the primary developmental league for the NHL, and its teams are affiliated to NHL teams.

Here's how the match was covered on social media... 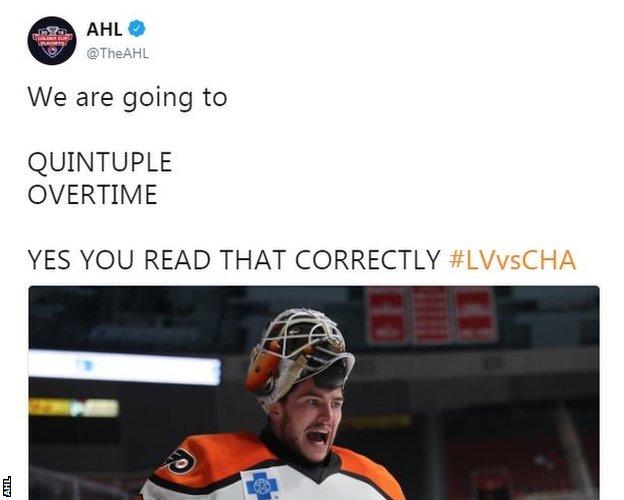 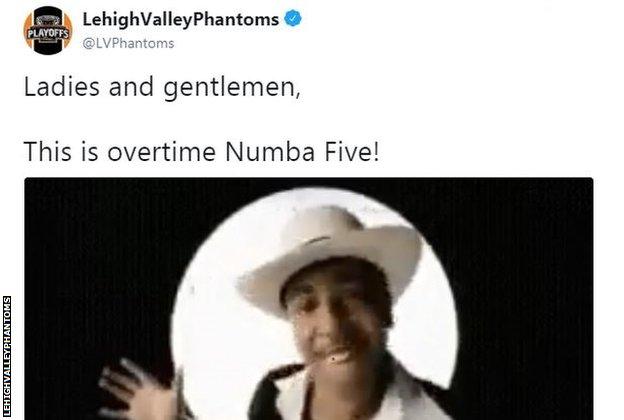 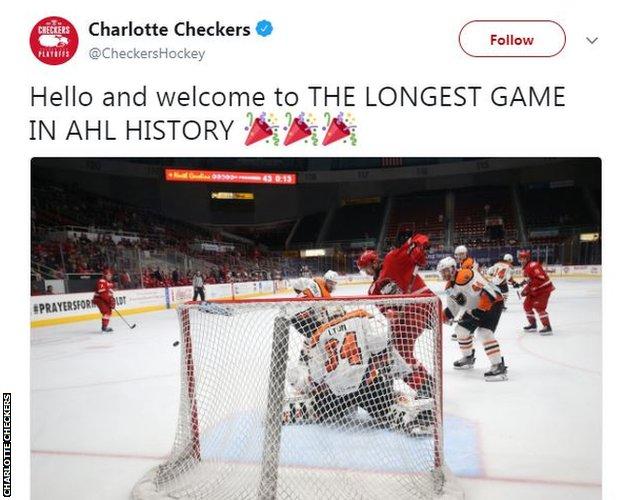