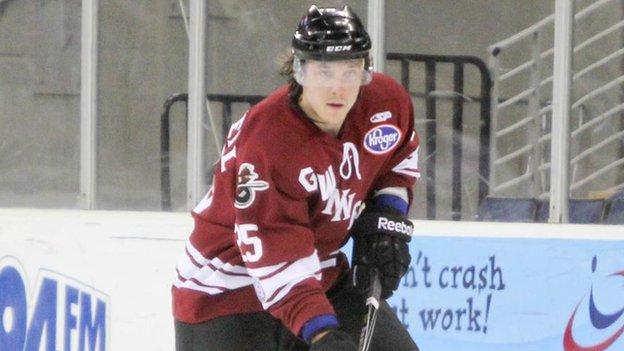 Belfast Giants have completed their defensive unit for the 2013/14 campaign by signing Cody Brookwell.

The Canadian turned pro in 2009 and played for the Gwinnett Gladiators, affiliate of the NHL's Phoenix Coyotes, in the East Coast Hockey League (ECHL).

"I wanted someone with size and the skill to skate on the big ice at the Odyssey," said Giants coach Paul Adey.

"Cody is a very good skater, very mobile, blocks a lot of shots and is strong - we have the complete player."

The 6ft 4in Brookwell played 179 regular season games and 14 play-off games for Gwinnett.

He tallied 12 goals and 28 points in three seasons, with his best career points total coming last season with six goals and 12 assists in 68 matches.

"I was looking for a big body for our final spot on the blueline, but not just someone with size," added Adey.

"I can see him as key to controlling power forwards and having the ability to clear the front of our net, something that needed to be addressed after last season."