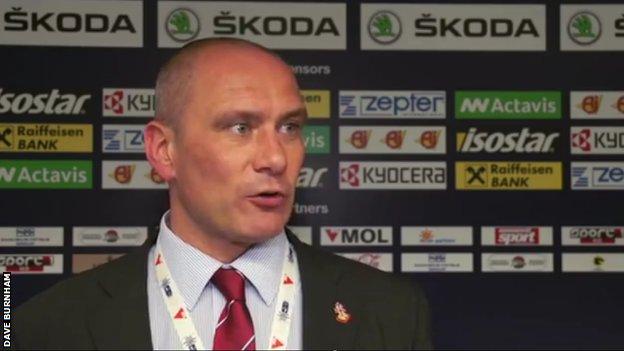 Great Britain head coach Tony Hand has resigned from the job after less than two years in charge.

The former GB player, who was appointed in December 2011, saw in Budapest in April.

They also in Sochi, Russia.

The 45-year-old will remain in his role as player-coach of English Premier League side Manchester Phoenix.

Hand led Team GB at the World Championships in Slovenia in April 2012 and then guided them to the final Olympic qualifying tournament in Latvia this year but they fell short of qualifying for the main event in 2014.

Next season they will compete in Division I Group B in Lithuania.

A statement read: "At this time, Ice Hockey UK do not have a new coach in mind, but over the coming weeks they will start the search for the next head coach of the Senior men's national team.

"The board of Ice Hockey UK would like to thank Tony Hand for his service to the national programme and for leading Team GB through one of its most exciting periods in their history."