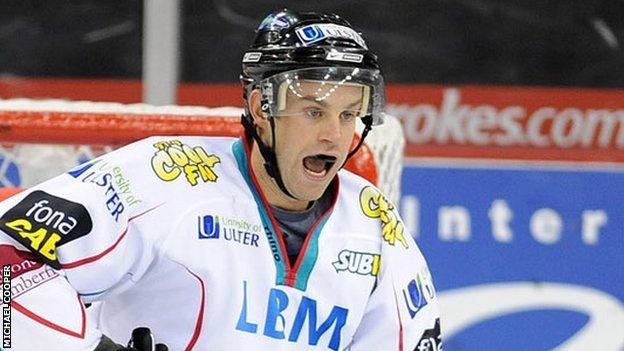 Forward Evan Cheverie has returned to the Belfast Giants after three seasons away from the club.

Former Giant Cheverie has spent the past three years playing in France and Norway.

Cheverie scored the winning penalty shot against the Cardiff Devils which secured the 2010 Play-Off Championship for the Giants.

"Evan is a great fit for this organisation and having already played in Belfast, I know he will be able to adjust quickly," said the Giants coach.

"Cheverie is a proven scorer and gives us some more size offensively.

"What I like most about Cheverie is that he scores goals in the big games and I know how important his offensive contribution will be to the team next season."

The forward player, currently enjoying the off season at home in Canada said:"I'm eager to get the season started and am looking forward to winning yet more trophies with the Giants.

"I believe we will have the team to do it."

After leaving the Giants in 2010, Cheverie spent two seasons with Lillehammer in Norway before playing in France with Morzine-Avoriaz.