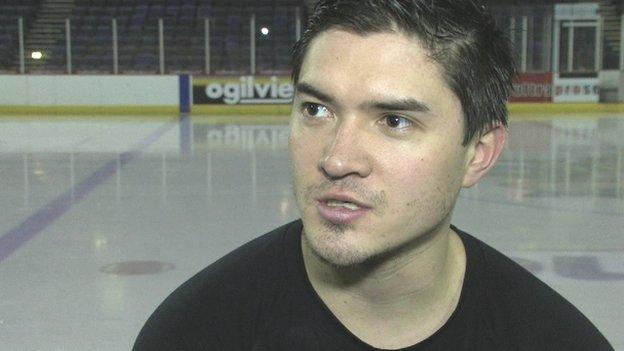 Belfast Giants have suffered a blow after Chad Langlais opted to join Sheffield Steelers instead of staying at the Odyssey.

The 26-year-old defenceman joined the Giants in February and impressed during his spell in Belfast, with four goals and nine assists in 13 league games.

Langlais will join up again with Doug Christiansen, who left the Giants to become Steelers coach in April.

The American has signed an initial one-year contract with Sheffield.

"Chad is an extremely talented hockey player. He was outstanding for us last season in Belfast," Christiansen told the Steelers website.

"He skates extremely well and is excellent on the powerplay. He has great vision and can make game changing plays. He scored a couple highlight reel goals last season.

"I am confident that the fans in Sheffield will be very happy with Langlais in a Steeler uniform."