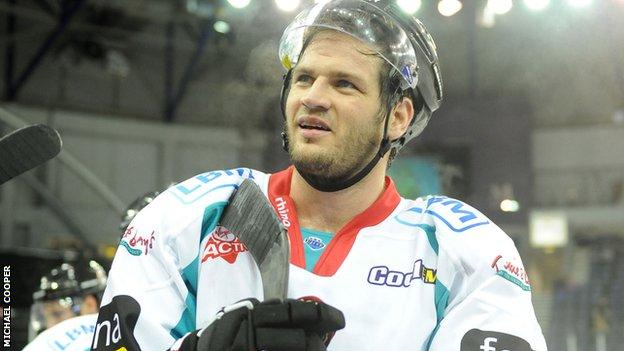 The Belfast Giants will take a 3-1 lead into the second leg of their Challenge Cup quarter-final against Hull Stingrays after securing a convincing win away from home on Monday night.

Andrew Fournier put the Giants ahead in the first period.

Sam Roberts and Noah Clarke addde further goals in the second period, before Tom Squires pulled one back in the third period.

The second leg will be staged at the Odyssey Arena on Saturday 29 December.

That game will take the form of an Elite League-Challenge Cup double header.

The Giants went into Monday night's fixture without the banned Jeff Mason, who is also ruled out of Friday night's Elite League game with Coventry Blaze in Belfast.

The result will come as a major boost to Doug Christiansen's side following Sunday's 6-1 defeat at the hands of Nottingham Panthers.