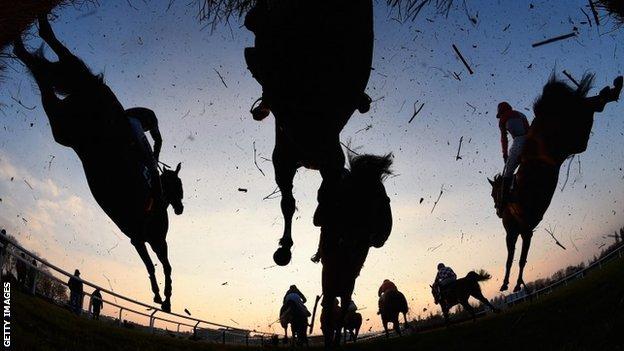 British stewards have been accused by a leading form-book organisation of ignoring cheating in some races.

The claim is made by Timeform in its Chasers and Hurdlers publication.

It says officials in Ireland have a "newly-found appetite for questioning performances" but in Britain they "all too often turn a blind eye, or actually seem blind, to non-triers".

The British Horseracing Authority (BHA) says the claims are unsubstantiated and not supported by any evidence.

Timeform believes there are "clear-cut" examples of jockeys in both Britain and Ireland not making maximum effort to achieve the best possible placing in races, as the rules demand.

It calls for the BHA to act, particularly addressing the "grey area" of horses being given "quiet runs" with the weights for future handicap races in mind.

The BHA says British stewards - which include many former jockeys - are trained to detect any rides where the horse is not ridden to achieve the best possible placing, and take action when such circumstances occur.

"Should Timeform have concerns about specific rides then we would welcome them contacting us to raise them, either directly or via the sport's anonymous reporting line," added the BHA.