Jockey Cathy Gannon had to fork out £290 after complaining about the quality of food at Newbury.

The Irish rider, 33, was fined that amount for posting a picture criticising the meals served up to jockeys at Friday's meeting.

"This is the quality of food at @NewburyRacing this is our fuel #athletes," she tweeted. 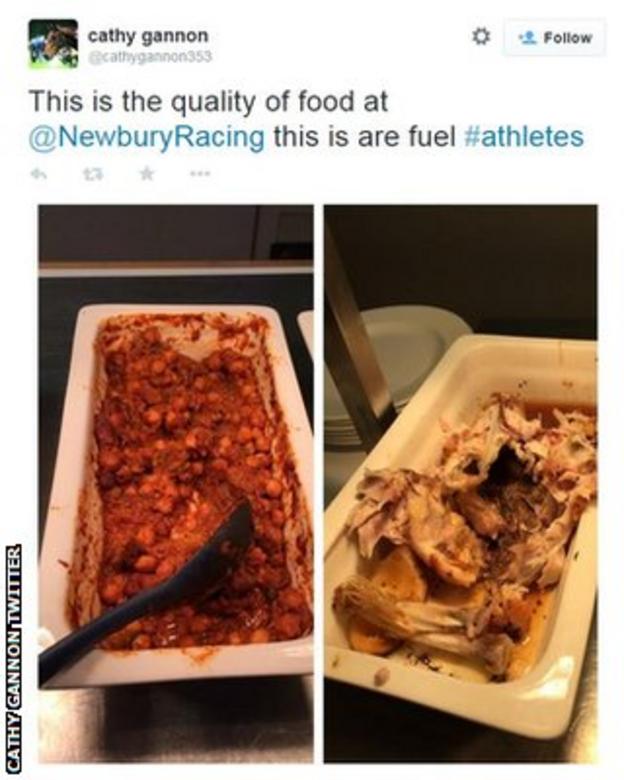 But Gannon breached a rule stating no rider may use a mobile telephone in the jockeys' changing room.

The rules were brought in as a part of a drive to improve integrity, and stop jockeys from being tempted to pass on inside information about rides.

But stewards do have discretion and could have cautioned Gannon for effectively using her phone as a camera and posting the tweet later.

She was riding on day one of the meeting where the feature race on Saturday - the Al Shaqab Lockinge Stakes won by Night Of Thunder - boasted record prize money of £350,000.

However there was a silver lining for Gannon when her riding colleagues had a whip-round to help cover her costs.

"Good effort from the lads at Newbury and Newmarket," tweeted Struthers with a picture of cash left in a polystyrene coffee cup.

Gannon said on the social networking site: "Thanks for all your support. I broke the rules, I must except the punishment. I only did it as they don't listen."