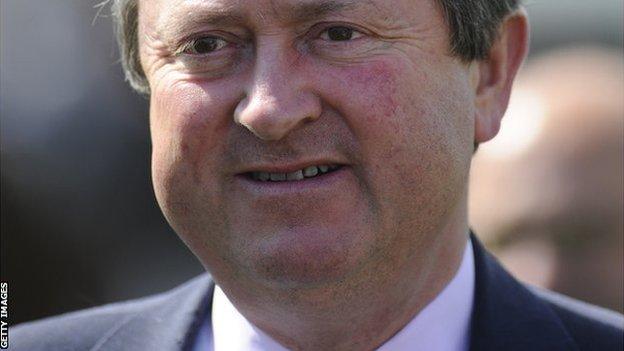 Lambourn-based trainer John Hills has died at the age of 53 after a short battle against illness.

Son of trainer Barry Hills, he and his three brothers - jockey twins Richard and Michael, and trainer Charlie - were part of a famous racing family.

He saddled approximately 700 winners since taking out a licence in 1987.

Fellow trainer Kim Bailey wrote on Twitter: "Dreadful news on the death of John Hills. Far too young. All our thoughts go out to the Hills family."

Hills narrowly missed a British Classic success when his horse Broadway Flyer lost out to his father's Moonax in the 1994 St Leger.

Among his other best horses was Wind In Her Hair, who won the Group One Aral Pokal in Germany and was the dam of Japanese sensation Deep Impact.

He enjoyed success as an amateur rider, winning 21 races including the Moet et Chandon at Epsom, before working under several trainers including his father.