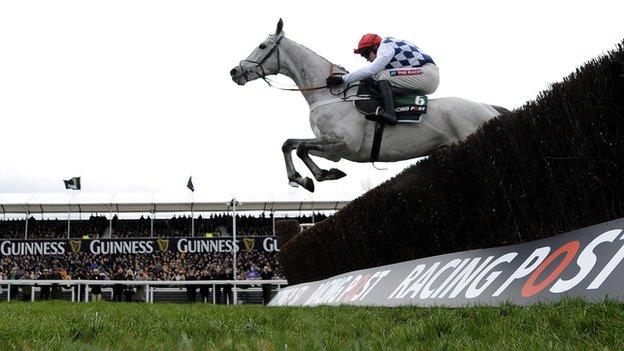 Two-time Cheltenham Festival winner Simonsig has been ruled out for the season and will miss facing Sprinter Sacre at the big meeting in March.

The Arkle Chase winner, who had a leg problem earlier in the year, was Champion Chase second favourite behind the 2013 victor.

"We've got to the point to make a decision to finish for the season," said Henderson of the seven-year-old.

Simonsig will now be aimed at the King George VI Chase in 12 months' time.