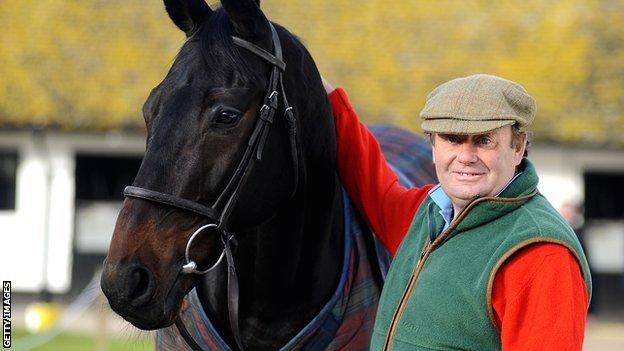 Champion chaser Sprinter Sacre is on course to make his seasonal return in the Desert Orchid Chase at Kempton on 27 December.

The highest-rated jumps horse in training, who is unbeaten in 10 races over fences, missed the Tingle Creek Chase at Sandown last weekend.

Trainer Nicky Henderson said the horse was not 100% and it looked likely he would come back at Ascot next month.

Henderson's horse has built up a big following and his appearance would boost the crowd on the second day of the William Hill Winter Festival.

Kempton clerk of the course Barney Clifford said: "I think Sprinter Sacre running would add 3,000 to the gate."

The going at the Surrey track is described as good after it was watered with 5-10mm on Monday after a dry spell.