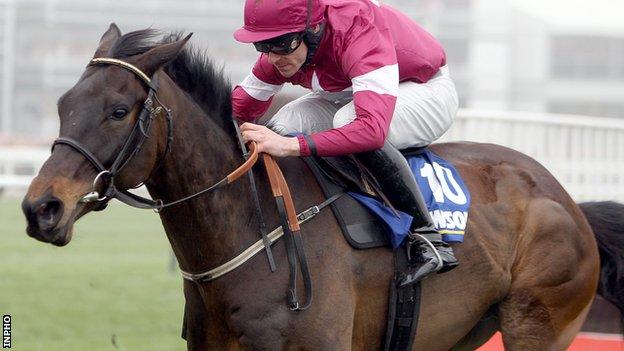 Running for the first time since his April win at the track, the blunder from Sir Des Champs left two runners.

Sir Des Champs and jockey Davy Russell both got to their feet after the fall.

The field had been reduced to three when last year's winner Flemenstar was taken out on Saturday and there was drama at the third fence where Sir Des Champs fell.

Walsh said: "The fences are there to be jumped. It's very unlike Sir Des Champs to make a mistake like that, but that's racing I suppose."

Mullins' son and assistant, Patrick, said: "Sir Des Champs seems fine. He walked away, it was just one of those things.

"At least it's a long way from March [Gold Cup] and hopefully he'll be OK in the morning. All being well he'll go for the Lexus [28 December] at Leopardstown."