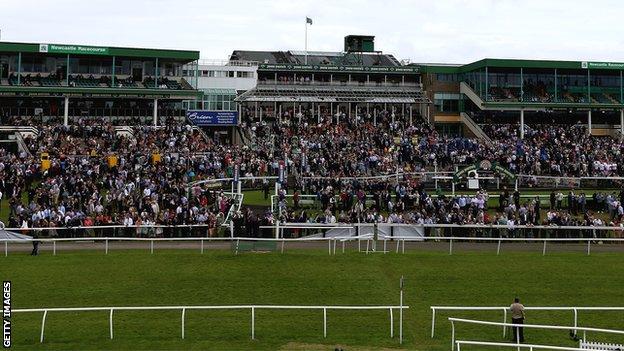 Newcastle Racecourse has unveiled plans to change their flat turf circuit to a floodlit all-weather track.

Plans to incorporate the only floodlit straight mile in the world are expected by the end of January. If successful, racing on it would commence in 2015.

It would be first ever all-weather racetrack in the north of England.

Owners Arena Racing said the jumps course would be unaffected, and the prestigious Northumberland Plate flat race could also still be held on grass.

In addition to the track changes and the installation of floodlights, the proposals would also see a general upgrading of facilities and a new layout of the pre-parade and saddling facilities.