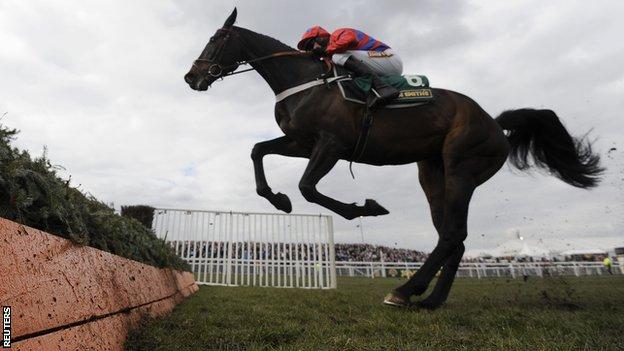 The champion chaser, trained by Nicky Henderson, was ruled out of the Tingle Creek Chase because he is not considered 100% fit.

Champion trainer Henderson is now most likely to aim the seven-year-old at a repeat win in the Victor Chandler Chase at Ascot in January.

He will instead run stablemate Captain Conan in Saturday's two-mile contest.

Henderson said tests had shown Sprinter Sacre, who won at the Cheltenham, Aintree and Punchestown festivals earlier in the year, was suffering from a minor illness.

"Now we can get him on some medication it will clear up in no time," he said.

An alternative option to Ascot for Sprinter Sacre's seasonal return is the Desert Orchid Chase at Kempton on 27 December.