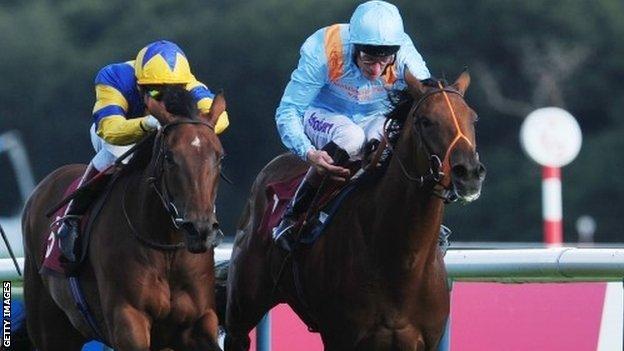 Carson had indicated before the mile-contest that the filly he owns with two others was an unlucky runner-up at Haydock last time.

She came from back in the field to pass Clive Brittain's Moyglare Stud Stakes winner Rizeena and earn a quote of 14-1 for next year's 1,000 Guineas back at Newmarket.

"She's an ideal Guineas candidate" said Hughes, who won the Classic in May on Sky Lantern and was ending a run of 35 rides without a winner.

Before then, Hills - enjoying his first Group One winner in Britain - indicated the filly may run at the Breeders' Cup meeting in California in November.