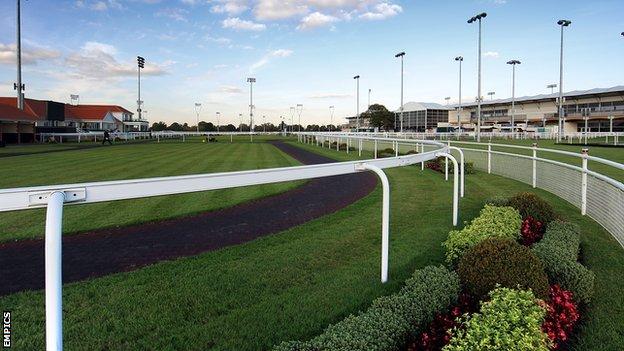 Great Leighs has once again failed in its attempts to be included in the UK horse racing calendar.

The British Horseracing Authority has rejected an application from course owners MC Racetracks Limited to run fixtures next year.

"The reasons are private between BHA and MC Racetracks Limited," the BHA said in a statement.

Great Leighs was the first horse racing venue to open in Britain in 81 years when it put on its first card in April 2008.

It was initially open for less than a year, between April 2008 and January 2009, but the course went into administration and had its racing licence revoked.

New owners were not found until November 2011, when MC Racetracks came in with the hope of holding 35 to 45 races per year.

The BHA's director of integrity, legal and risk Adam Brickell said: "The application has been given careful and thorough consideration, but the Board was not in a position to approve Great Leighs' participation in the 2014 fixture allocation process.

"BHA remains open to new racecourse applications under our annual guidelines, and will continue to provide the necessary assistance and guidance to prospective applicants."

There are 58 active courses in the UK after Hereford and Folkestone both closed for financial reasons last year.