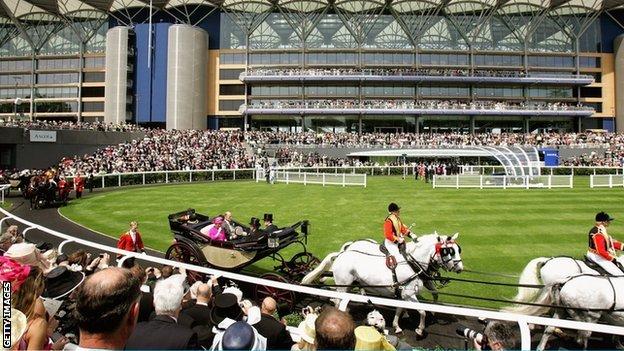 Royal Ascot starts on Tuesday and the five-day racing extravaganza is sure to create some headlines. Here are seven to watch out for.

The death of Sir Henry Cecil has robbed Royal Ascot of one of its greatest and most successful characters, and his absence will be keenly felt.

As Mike Marshall, his right-hand man, put it: "Ascot was Henry." 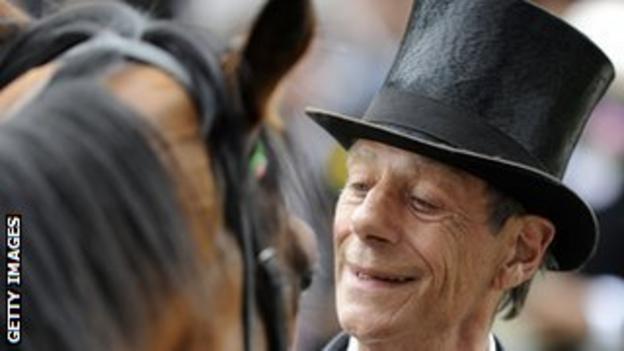 From Parthenon's stamina-laden performance in the Queen Alexandra Stakes of 1970 to a 2012 double, partly provided by Frankel, he saddled a record 75 winners at the famous fixture.

But the Cecil team will still be represented, with the master trainer's widow Jane now holding a temporary licence while future plans are resolved.

Lady Cecil will have runners all week with particular interest surrounding Frankel's half-sister Joyeuse in the Albany Stakes on Friday, when the renamed 'Queen's Vase In Memory of Sir Henry Cecil' will also be staged.

The significance of success in the Queen Anne Stakes for US-trained Animal Kingdom, the first Kentucky Derby winner to race at Royal Ascot since Omaha's Gold Cup second in 1936, is huge.

His share of the £350,000 purse would make the outstanding global performer of the moment, already victorious in the 2013 Dubai World Cup, the biggest money-spinner in North American racing history.

And, more, it would hopefully tell his fellow countrymen and women that Britain's best-known international fixture is a feasible target for their very best horses.

The foundations provided by two race wins in 2009 for two-year-old horses haven't really been built upon.

Although Animal Kingdom is US-trained in terms of geography - Graham Motion is based in Maryland - the 49-year-old is effectively bringing his star home having been born and bred near Newmarket.

Acknowledging an admiration of Henry Cecil encouraged him into training, Motion insists he never dreamt of having a Royal Ascot runner, and consequently is finding the experience "somewhat surreal".

With his record, the John Velazquez-ridden horse - for whom this is expected to be a swansong before stud - is red hot favourite, but the five-year-old's trainer is more circumspect.

He said: "There are so many unknowns here, with the straight mile distance and the weather if it gets wet. It's a big challenge: when things seem too good to be true, it worries me they may be."

For aficionados, it does not come much better than this.

Ireland's Dawn Approach, the brilliant Newmarket 2,000 Guineas winner, is back, but now with a reputation to retrieve after a surprise defeat when last in the Derby.

The colt, unbeaten in seven races prior to Epsom - including in the Coventry Stakes at Royal Ascot 2012 - was expected to have a longer break, so it's bold, but also risky to set him such an early examination.

However, trainer Jim Bolger and fellow part-owner Sheikh Mohammed are convinced he remains at his best, and jockey Kevin Manning added: "If you just lifted up the Epsom thing and put it to one side the horse feels the same as before the Guineas."

He may need to, because he faces Coolmore's brilliant Irish Guineas winner Magician - as long as he comes through a late injury scare, having suffered "minor bruising" when giving himself a knock - plus the highly rated Toronado, fourth behind Dawn Approach at Newmarket.

The result is massively important for all three, and, all being well, it should provide one of the high points of the week.

There's an intriguing rematch between the Newmarket 1,000 Guineas first and second, Sky Lantern and Just The Judge, in the Coronation Stakes.

Just The Judge, owned by the Qatari ruling family - the growing force in British racing, was caught heartbreakingly close to the finish, but then went on to win the Irish version.

What a long time 12 months has been for Camelot, the horse rated by trainer Aidan O'Brien as the best he's ever had under his care.

This time last year, the 2,000 Guineas and Epsom Derby winner apparently had the world at his feet, but following a hard-fought victory in the Irish Derby, things have not gone according to plan.

A narrow defeat by the Godolphin-trained Encke when attempting Flat racing's Triple Crown in the St Leger was followed by a more comprehensive one in the Prix de l'Arc de Triomphe. After a win first time up this year, he was beaten again.

Now Camelot gets the chance of revenge on his most recent conqueror Al Kazeem when the two horses face off again in the Prince of Wales's Stakes.

However, there's a strong feeling the increasingly impressive colours of Al Kazeem, trained by Roger Charlton, will take some lowering after a triumphant return from a pelvis injury this year.

An eye-catching win at Group Three level was followed by the defeat of Camelot in Ireland's Group One Tattersalls Gold Cup. A crack at the Arc, via Ascot and then the Eclipse Stakes, is under serious consideration.

French rising star Maxios and talented filly The Fugue are also due in the mix for what looks an intriguing encounter.

Frankel and Black Caviar apart, my lasting memories of Royal Ascot 2012 revolve around the Queen and the Duke of Edinburgh as husband presented wife with the Queen's Vase after Estimate's win. 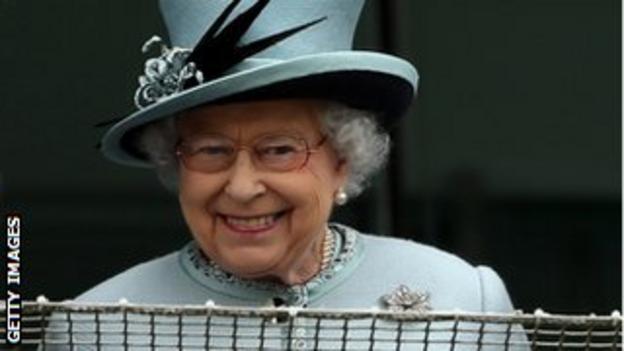 It was not quite horsing around, but the grins were broad and the body language tender, and a Royal success in Diamond Jubilee year - her 21st in all - was obviously highly appropriate.

A year on, Estimate, trained by Sir Michael Stoute, is again in the spotlight as she attempts another victory that might be described as fitting, this time aimed at lifting spirits as Prince Philip recovers in hospital.

The filly's stamina will be tested as never before in the historic two-and-a-half mile Gold Cup, but after a 'staying on' win over two miles in May, hopes are high.

No filly or mare has claimed the Gold Cup, first run in 1807, since Indian Queen 22 years ago; HM the Queen has never won it.

The British Horseracing Authority insists that all runners at Royal Ascot 2013 will be racing on a level playing field as regards drugs despite the recent highlighting of the variation in rules globally.

Trainers of all international runners have had to declare they are 'clean' of substances prohibited here, including anabolic steroids whose use at Godolphin caused racing's biggest doping scandal.

The horses were also tested on arrival.

Paul Bittar, chief executive of the British Horseracing Authority, told BBC Radio 5 live: "Effectively they have to hand over the horse's medical records, and we can withhold the horse from racing if we have concerns.

"So, can a punter have confidence in horses coming from abroad? Absolutely they can."

Australian trainer Danny O'Brien (Shamexpress, King's Stand Stakes) has supported moves to tighten drugs laws down under, where anabolic steroids are permitted 'out of competition'.

With 47 wins at Royal Ascot over the years, Frankie Dettori is its most successful jockey of modern times, and a bronze of his trademark flying dismount adorns the main entrance.

This year, 42-year-old Dettori will be hoping the racecourse where once, remarkably, he landed all seven races on the card (not at the Royal meeting) again proves to be his lucky track.

Since returning from a six-month ban for taking cocaine, the three-time champion jockey has found the going more testing than he might have liked with successes harder to come by than was perhaps expected.

He has no headline mounts lined up, but a glittering Royal Ascot roll of honour including big names like Lochsong, Kayf Tara, Fantastic Light and Rewilding indicates just what a force he can be here.

That said, it is maybe a reflection of changing times that the betting on who will be top jockey at this year's meeting does not include Dettori (best price 50-1) in the top 15 behind favourite Ryan Moore, Joseph O'Brien and Richard Hughes.