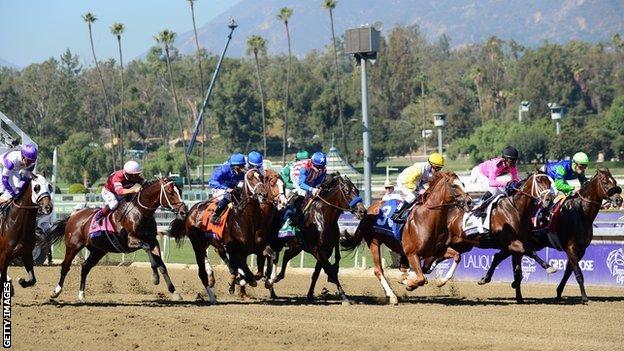 The Santa Anita racecourse in California has been picked to host the 2014 Breeders' Cup meeting.

It will be the third year running, and eighth time in all, it has staged the fixture which features top horses from around the world.

Racecourse officials would like to see Santa Anita named the permanent home, but Breeders Cup' chiefs say they may carry on rotating the venue in future

Next year's two-day fixture, which usually attracts about 170 horses including more than 20 from Europe, will be held on 31 October and 1 November.