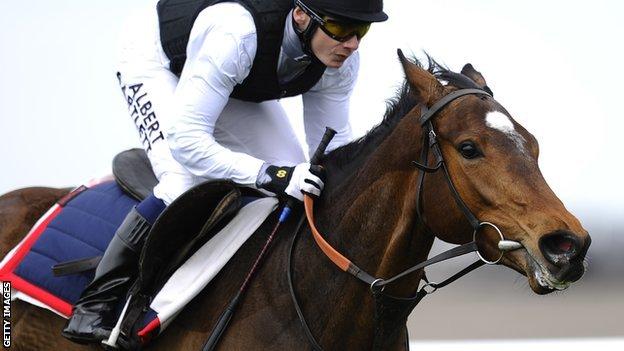 Hills saw his filly get just beaten by Sky Lantern in the English version at Newmarket three weeks ago.

But the 2-1 favourite, ridden by Jamie Spencer, gave him a first Classic success with victory in Ireland.

However, on a good day for the British challengers, the Roger Charlton-trained Al Kazeem (9-4) emerged victorious.

Al Kazeem won by a length-and-a-half in just his second start since victory in the Jockey Club Stakes at Newmarket last May.

Despite being out of luck in the Tattersalls Gold Cup and in the Irish 1,000 Guineas, O'Brien and his jockey son Joseph still managed a double with Sir John Hawkins and Leading Light.