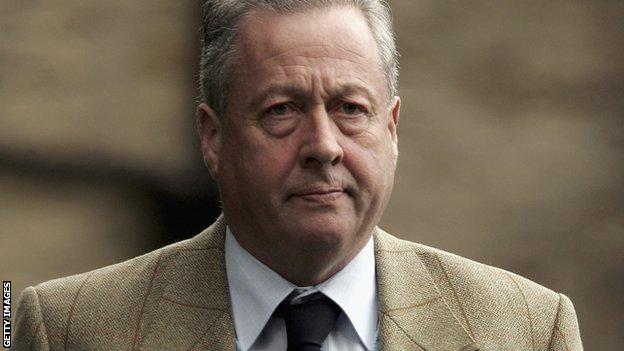 The 61-year-old Lambourn handler, who started training in his native Ireland 38 years ago, is handing in his licence this week after an illustrious career.

He is best known for his Gold Cup victories with Mr Mulligan, ridden by Tony McCoy, in 1997 and Looks Like Trouble with Richard Johnson in 2000.

I've had marvellous days. I'm leaving with a very good taste in my mouth.

"We've had great days and no regrets. If I had to live my life over again I would do the exact same," said Chance.

The Irishman admits problems caused by the recession have led to his decision to retire, but he hopes to remain involved with racing in another capacity.

"It's very difficult to compete at the top level," added Chance.

"One of my main owners died a couple of years ago and when he went, the recession came along and we just found it increasingly hard to attract that type of owner.

"This is not a knee-jerk reaction. I've thought about this long and hard for well over a year.

"I've had marvellous days and met marvellous people and had exceptional owners over the years. I'm leaving with a very good taste in my mouth."