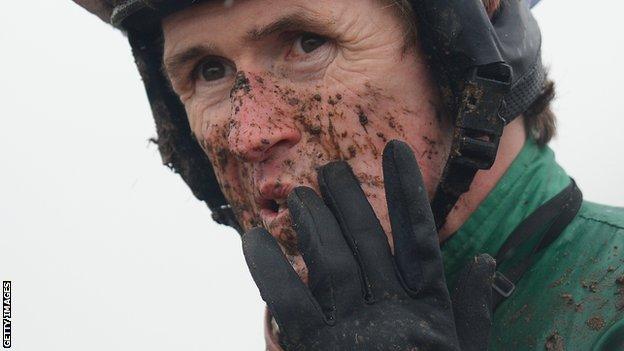 The 38-year-old Northern Irishman is likely to spend a second night in Gloucestershire Royal Hospital, Gloucester, on Friday.

McCoy fell from Quantitativeeasing in a three-mile handicap hurdle at the track on Thursday.

The 17-time champion was given oxygen as he left the track on a stretcher after treatment for a chest injury.

A hospital spokeswoman said he was "in a comfortable condition."

McCoy, who will be crowned champion jockey for the 18th time when the season ends on 27 April, was conscious and able to move all his limbs when he left the racecourse.