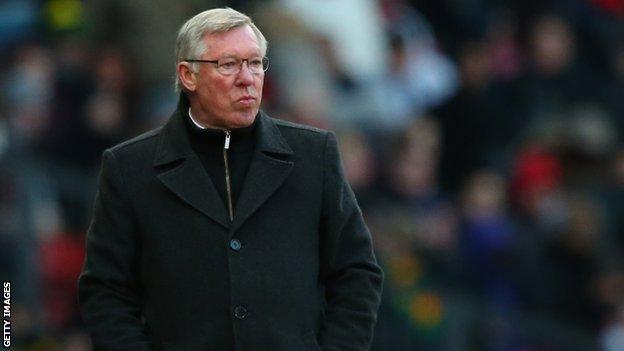 The Sir Alex Ferguson owned If I Had Him is among the runners set for the opening meeting of the Jersey Race Club season.

The Manchester United manager's horse, trained by George Baker, will line-up alongside Jersey-based Fine The World, Landolino and Reach Out in the handicap hurdle over two miles.

The jockey has not yet been announced.

Monday 27 May - The Warwick Vase

"I think the fields will be reasonable but at this stage of the season they're never as big as later in the year.

"Some of the local horses occasionally are not quite as fit as they may be which is quite understandable because the practice track has been out of action due to weather quite a lot this so-called spring."

The weather hit last season's attendances at Les Landes badly and because of problems attracting sponsors.

Following the recent rain and heavy snow in the island, Edwards is hoping for better conditions for the 2013 meeting calendar.

"We thrive and rely on the gate money to cover our running costs and last year was difficult," he added.

"A good bit of sunshine brings out huge crowds and it's not uncommon to see 2,000 people at the race course which transforms the economics and the atmosphere of the place."

The Easter Monday racing at Les Landes starts at 14:30 BST with a prize fund of £12,200 across the five races.