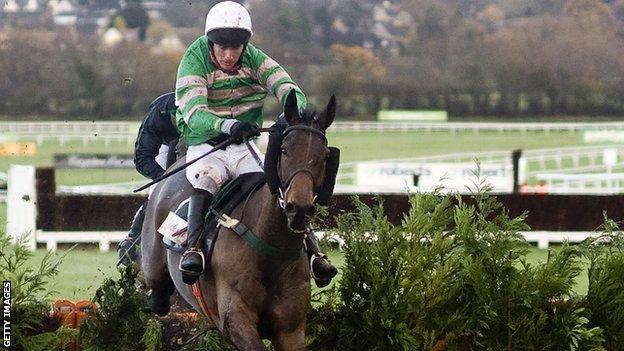 Jockey JT McNamara remains stable in hospital with spinal injuries but suffered no brain injury from his fall at the Cheltenham Festival last week.

In a statement on Thursday, senior medical officer Dr Adrian McGoldrick said: "He's in a stable condition and his level of sedation is being reduced.

"Vertebral damage remains serious, but he has not had a brain injury. There will be no further update this week."

The statement, issued by Dr McGoldrick, the Irish Turf Club's senior medical officer, and Injured Jockey's Fund chief executive Lisa Hancock, added: "His wife Caroline and family very much appreciate all the messages, cards and letters that have been received."

McNamara had an operation on his fractured spine, having injured the C3 and C4 vertebrae in his neck the day before when Galaxy Rock, trained locally in Gloucestershire by Jonjo O'Neill,

The jockey, from Limerick in the Republic of Ireland, is a leading amateur rider who has ridden four winners at the Cheltenham Festival, including when guiding Teaforthree to victory in the National Hunt Chase last year.