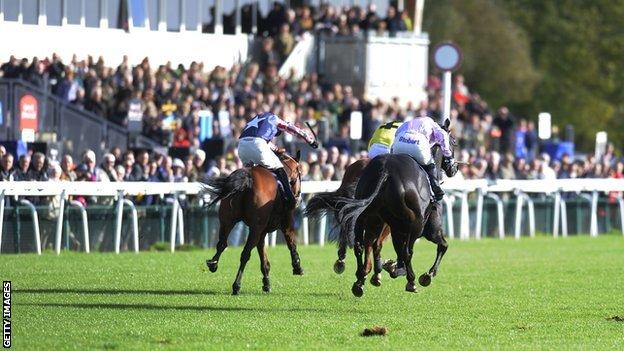 The funds, made available by course owners The Jockey Club, are part of a £5m rise in prize money across its group of tracks.

It is a much needed boost for the Cambridgeshire course after the postponement of a series of meetings.

"We are delighted to be putting so much extra money into prize funds in 2013," said general manager Sophie Able.

"The aim is to attract even classier horses to Huntingdon Racecourse during the year which will make more of a spectacle for our visitors.

"The difference between racecourses run by The Jockey Club and others is that we plough our profits back into the sport.

"There is a particular focus in 2013 in creating feature midweek meetings built around a very valuable race.

"Quality horse racing is vital to the future health of our sport and that's what Huntingdon Racecourse will be offering next year at 18 fixtures."

saw marquee race the Peterborough Chase called off in December, along with the popular Boxing Day meeting.