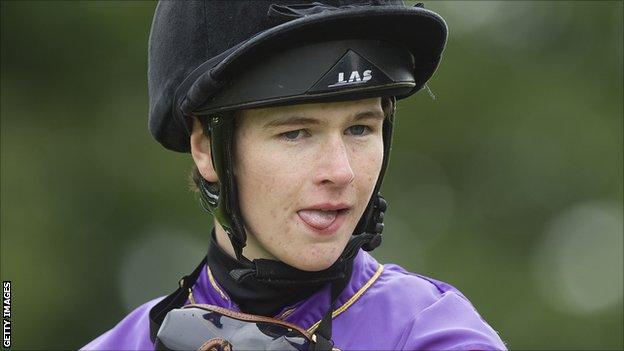 Young jockey Brendan Powell Jnr, son of Grand National winning rider Brendan, was taken to hospital after being knocked out following a tumble at Southwell on Sunday.

Racing was delayed while 17-year-old Powell was taken by ambulance to the Queen's Medical Centre in Nottingham.

He has since regained consciousness and later tweeted: "I'm ok...... I think!

"Thanks for all your concerned tweets, a bit sore and a bit of a headache, but nothing broken!"

Clerk of the course Roderick Duncan said after the fall: "He's been taken to hospital with an unspecified head injury.

"I do understand he has regained consciousness while on the trip."

Powell was riding The Lemonpie - trained by his father - in the Mansfield Jobs Today Handicap Chase at the Nottinghamshire course.

On Friday he rode the winner on the Flat for the Queen when steering the Richard Hannon-trained Free Verse to victory in the Fillies' Handicap at Newmarket.