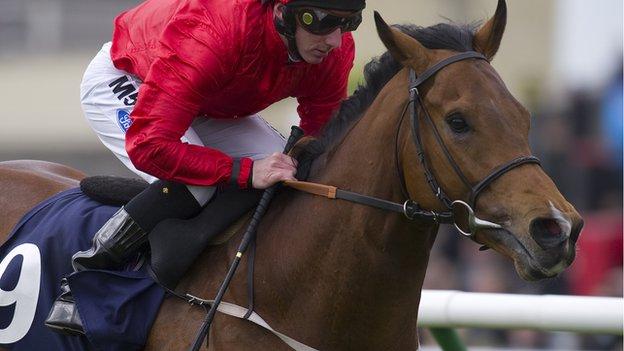 Mayson returned to form with a surprise victory in the July Cup.

The 20-1 shot, trained by Richard Fahey and ridden by Paul Hanagan, eased to victory at Newmarket by five lengths ahead of The Cheka.

Society Rock, the 7-2 favourite, was third in the July meeting feature race.

It was a third win of the season at Newmarket for the four-year-old, who recently endured disappointing runs at Newcastle and York, and a first Group One victory in England for Hanagan.

Bated Breath, the original favourite, was taken out of the race on Saturday morning because of the ground.

Trainer Roger Charlton tweeted: "After 18mm of rain overnight at Newmarket Bated Breath will not be running in the July Cup on ground that will be very testing."