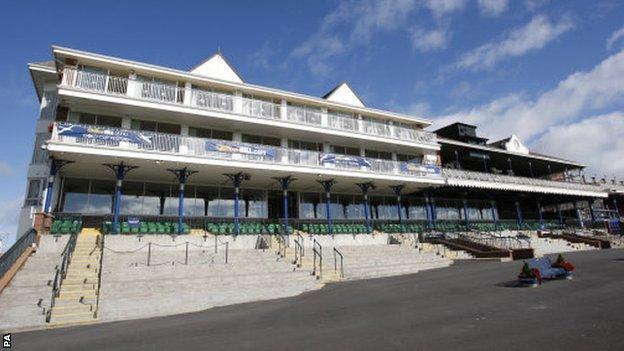 And, like Aintree, the Scottish race, which takes place on Saturday 21 April, is a gruelling test of stamina with 27 fences over four miles and three circuits of the course.

My first trip to the Scottish National was in 1975 and the reason for going was to see Red Rum who had won the race the year before.

He was a household name - a "national" hero. Even if you knew nothing about horse racing, it was odds-on that you had heard of Red Rum.

On that day at Ayr, "Rummy" was, perhaps, feeling the effects of having finished runner-up at Aintree and he crossed the line in seventh place.

But having made the journey to Ayr, I decided there was no way I was leaving without meeting the great horse.

After racing, as the crowd was starting to drift away, I stayed behind and managed to make my way into the racecourse stables where Red Rum was being prepared for the horsebox journey back to Southport and the stables of his trainer, Ginger McCain.

His lad, Billy Ellison, was walking him around and was only too happy to allow us to have our photograph taken with the great horse.

And just before he was led away, Billy pulled a few strands of hair from "Rummy's" tail and handed them to me. And, to this day, I still have that reminder of the great horse tucked away in a scrap book!

In the years that followed, I was back at Ayr to see such long-priced Scottish-trained winners such as King Con (33/1) and Astral Charmer (66/1).

Going back through the history of the race, you see the five winners trained by Hawick's Ken Oliver - his first in 1963 and the last of the five in 1982. Ken had also ridden the winner of the race in 1950 aboard the 25/1 shot, Sanvina, which he also owned.

Ken's last winner of the race was Cockle Strand and we had to wait until 2010 for the next Scottish-trained winner, Andrew Parker's Merigo, who is owned by Raymond Anderson Green.

Up until 1965, the race was run at Bogside on the Ayrshire coast and the 1929 race nearly ended in tragedy for jockey Avril Vasey, whose horse fell at the water jump.

Vasey was left stunned and lying face down in the water and it was only the quick thinking of fellow jockey Billy Rees - who had also fallen at the jump - that saved his life.

The Scottish National was transferred to Ayr in 1966 following the closure of Bogside.

Since then, some of the biggest names in racing have won the race - top jockeys such as Tony McCoy, Ruby Walsh and Richard Johnson, while trainers Paul Nicholls, Jenny Pitman, Martin Pipe and Nigel Twiston-Davies all have Scottish Nationals on their CVs.

But he did manage to win three other races at Ayr in his career.

It is anyone's guess who will win this time around but you can be sure there will be another memorable chapter to add to the long and distinguished history of one of Britain's great races.