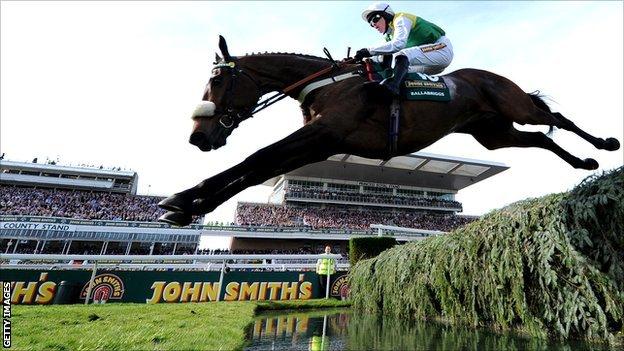 North Yorkshire trainer Brian Ellison is staying hopeful that his horse Neptune Equester will make the field for the Grand National.

The nine-year-old is amongst the 48 declared at the five-day stage with one final cut to come 24 hours before the race at Aintree.

"We're very hopeful. People change their minds or the ground gets too soft or vice-versa."

He added: "The rain won't bother him. If it was softer it would help him."

It's all down to if he takes to the National

It will be the horse's first time in the race and Ellison said: "We bought him at sales a year and a half ago.

"Keith Mercer used to ride him and Keith said to go and have a look at him.

"I bought him and he was second in the Durham National and then he won his next couple.

"He won a good race at Haydock this year but his last few races haven't been as good. Basically he's just been wanting a little break.

"After his last run which was on firm ground, we gave him a little break and feel he's come back and he's really well in himself.

"It's all down to if he takes to the National."