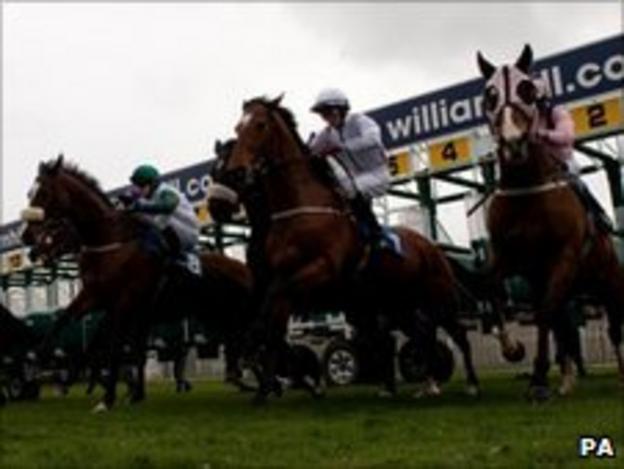 Favourite Kiama Bay claimed the feature race as Catterick hosted the opening fixture of the British turf Flat season for the first time.

The 11-4 shot, ridden by Ian Brennan for John Quinn, won the William Hill Handicap at the north Yorkshire track.

The season steps up with Newmarket's Craven meeting (13-14 April) before the Guineas fixture (30 April-1 May).

Doncaster, which used to held the season opener, stages the Lincoln Handicap on Saturday.

Three-time champion Ryan Moore is the bookmakers' favourite to regain the jockeys' title.

Paul Hanagan was the 2010 champion after a gruelling and enthralling battle with Richard Hughes which went down to the last day of the season in November.

Quinn said Kiama Bay, in the colours of Dr Marwan Koukash, was likely to run at Chester's May meeting.

"That was nice as he's the first horse I've had for the owner," said Quinn.

"I told him to buy him so it's nice that he's won first time.

"The handicapper can't crucify him for that and I know where he'll be going, a mile-and-a-half handicap at Chester."