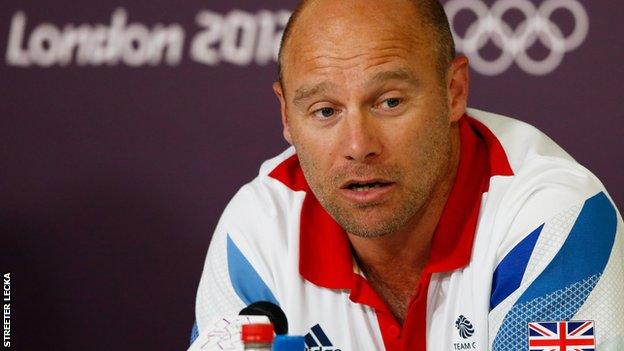 Danny Kerry has been named head coach of the England and Great Britain women's hockey teams through to the 2016 Olympics in Rio de Janeiro.

Kerry, who is also England Hockey performance director, had been in temporary charge since former coach Jason Lee left in June.

He led the England women's team to a silver medal at this summer's Commonwealth Games in Glasgow.

"I believe we can continue to challenge the best in the world," said Kerry, 44.

"I look forward to working with this talented group of players and staff, to push hard for further medals at major tournaments, secure qualification for the Rio Olympic Games and to perform as serious contenders in Rio," he added.

"As part of that journey I also aim to leave the programme in a flourishing state for the Tokyo 2020 Olympic cycle."

Kerry was Team GB head coach when they won bronze at the London 2012 Games - their first Olympic medal in 20 years.

"Recruiting in the middle of an Olympic cycle is notoriously challenging given that most coaches are in contracts with long notice periods," she said.

"We have spoken and interviewed a number of coaches about this role but with the Olympic qualifying tournament just nine months away we do not feel we have time to wait and as such have decided to extend Danny's interim position through to the Rio de Janeiro Olympic Games in 2016."