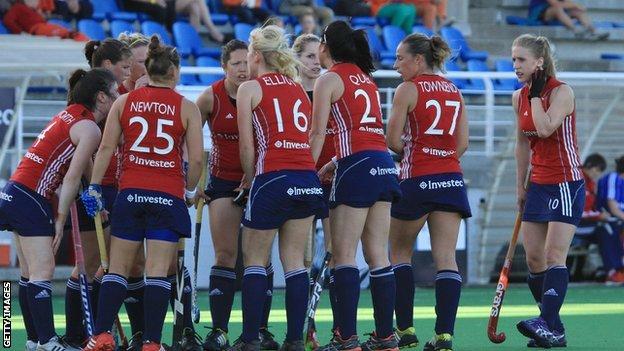 England's women drew 1-1 with Spain in their World Hockey League pool match in Chiswick to set up a quarter-final meeting with Italy.

England finished second in Pool B, behind Australia.

"We've got a quarter-final draw which we are happy with and that was the ultimate aim from the pool stage," England head coach Jason Lee said.

"We were trying to develop our style of play today and I'm not sure we quite nailed it. We seemed to lack a bit of intensity. However, Spain put up a great fight."

England's Kate Walsh added: "We are still developing as a team and we have to take the momentum we've built up into the quarter-final on Thursday. I know we can really build on the strengths we have and if we focus on the positives we'll put in a good performance against Italy."